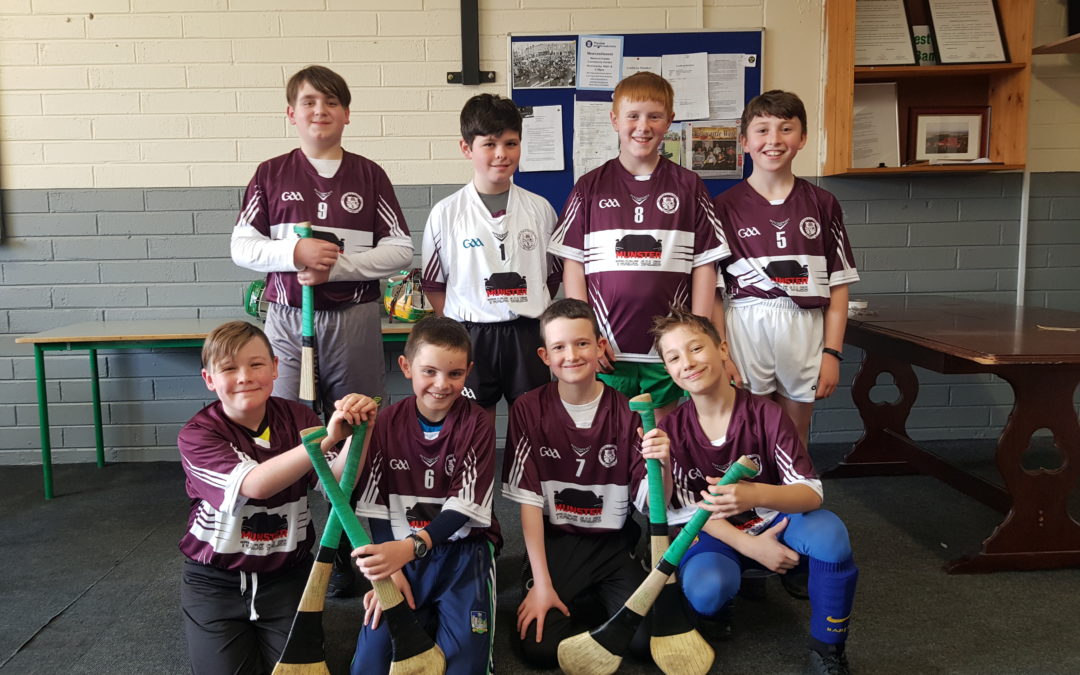 On Thursday March 12th our boys indoor hurling team took part in the indoor hurling competition in the community centre in Newcastle West. On Wednesday the 11th, Croagh, Askeaton, Ashford, Feenagh, Mahoonagh, Ballingarry and Kilcolman took part. Ballingarry won this section and went through to the final on Thursday.

On Thursday, the following teams competed, Courtney, Templeglantine, Dromcollogher, Glengurt, Gaelscoil, Shountrade, Monagea and Killoughteen. At the end of this competition, Killoughteen NS had won all their games and went through to the final.

We played against Ballingarry in the final. It was a great contest with full time ending on a score of 6-6. It went to the Golden Goal rule and unfortunately Ballingarry won. We wish them all the best in the county final.

We were very proud of our team that represented their school so well. Many thanks to all our supporters on the day.

Please see a picture of the team below. Missing from the photograph are Alan Blasko and Dumitras Mocanu. 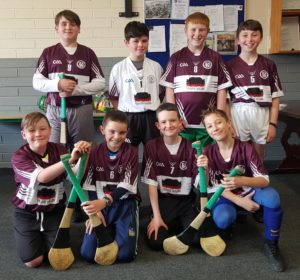