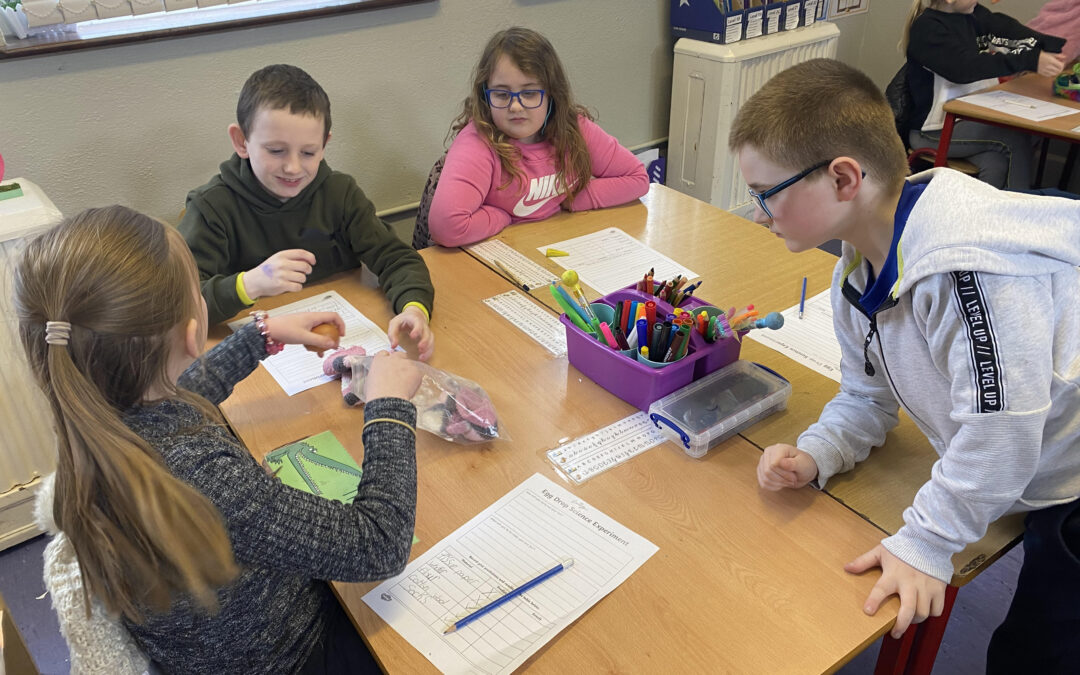 For a little end-of-term fun, 2nd Class took on the Egg Drop Challenge. Each group was asked to test and choose a suitable padding that would prevent their egg from breaking when dropped from a height.

There was great EGG-citement as predictions were made, changes carried out and various materials tested and retested. 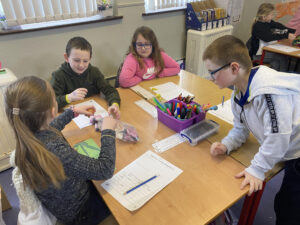 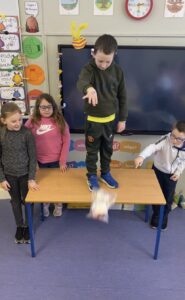 Next up were The Wonderful Wonkas, who decided to see if a sealed bag of water would help them land their egg safely. A few cracked eggs later, they decided to go with tin foil instead which saw some better results, but still wasn’t enough to stop their egg from breaking. 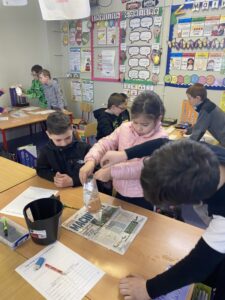 Then it was the turn of The Fantastic Foxes who saw a mixture of results. After the initial drop proved unsuccessful, the Fantastic Foxes looked again at how best to pack and sandwich the egg inside their bag of cotton wool. Their second attempt sealed the deal and saw another egg parachute safely to the ground. 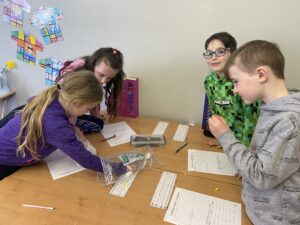 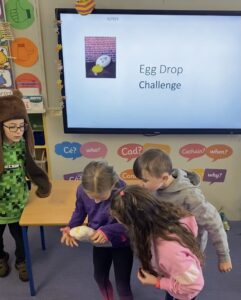 After the success of the cotton wool, hopes were high that The Perfect Peaches’ would see the same success with their tissue paper. However, it wasn’t to be and sadly another egg came crashing to the ground. 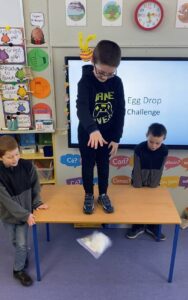 Finally, it was the turn of The Brilliant B.F.G’s who buried their egg inside a bag of flour. After the drop, there was great excitement when we discovered yet another egg had remained intact and landed safely on the ground. 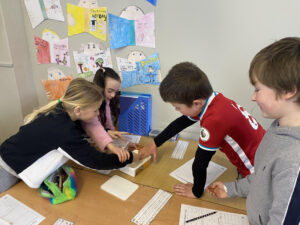 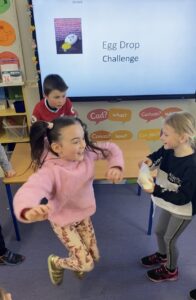 To conclude, we learned that just like an airbag in a car protects passengers in an accident, both the flour and fluffy socks protected their eggs the best by absorbing the impact felt upon hitting the ground.

Well done to all our engineers on a job well done! And a very Happy Easter from all in 2nd Class 😊!