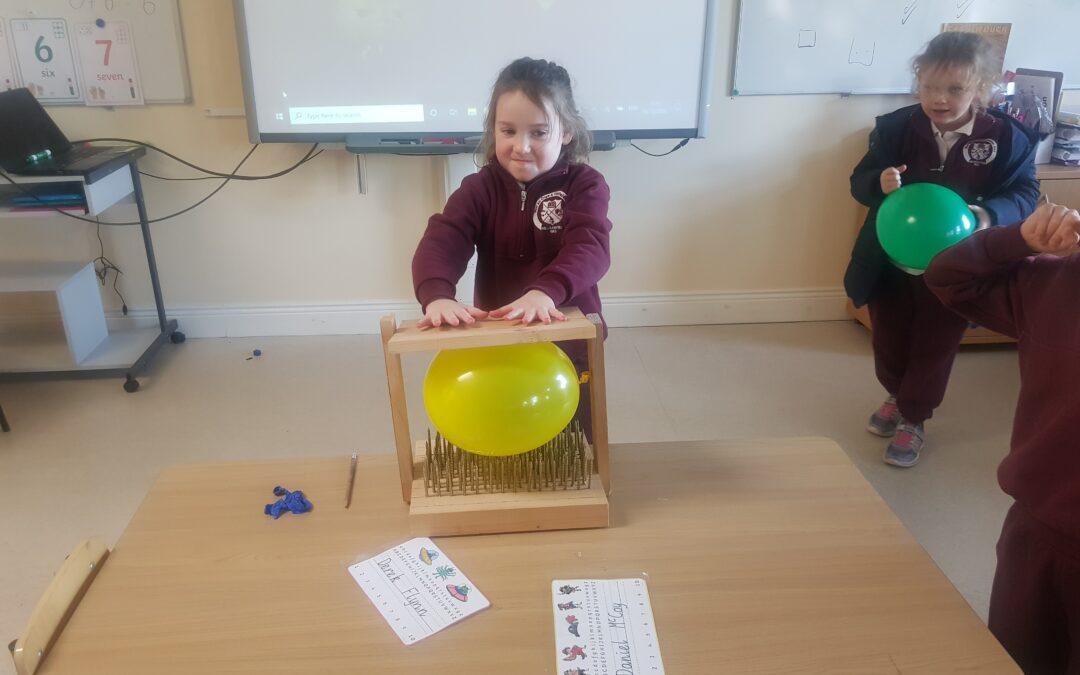 The children in senior infants were shown a packet of party balloons in class. The children looked at the balloons and examined them to make sure that they were normal and not magic. There were just five balloons left in the pack.

The children were asked to predict what would happen if they stood on a balloon. Prediction – All the class said it would burst.

They were then asked – what if we put the balloons under a table and then stood on the table. – Prediction – They will burst.

We decided to see if our prediction was correct. One pupil was asked to sweep the floor incase there was any sharp object on the ground that would burst the balloons.

Five balloons were blown up by the teacher. These were placed on the ground and a round table was placed on top of these.  One by one the children in one pod were asked to carefully step onto the table. There was lots of anticipation of a big bang but to the children’s amazement, no balloon burst even with the five children. 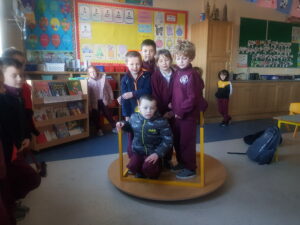 The children couldn’t believe it. The children got off the table carefully. The table was put back and the balloons were put on the teachers table. The children were then asked the question, how would you pop a balloon. – Prediction – use a pencil- something sharp.

The children were shown a bed of nails. They will burst the balloons easily was the prediction. But oops, it took a lot of effort.

The children whilst having fun learnt that an object will take a lot of pressure when pressure is placed evenly over it.

One nail popped a balloon easily.

See picture below of Olivia trying to burst the balloon on the bed of nails. It took some effort. 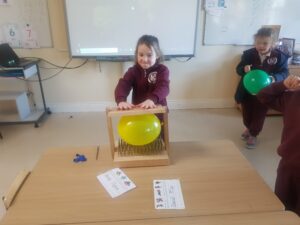